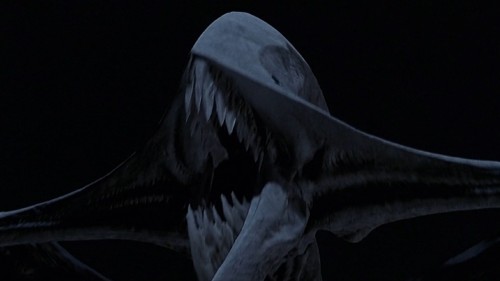 END_OF_DOCUMENT_TOKEN_TO_BE_REPLACED

Main Article: Chimera of the Night

Chimera of the Night

Though mentioned often in the script, the creatures in PITCH BLACK are seldom seen at length; rather, they are glimpsed, they are heard, they are felt. They are, really, the embodiment of your nocturnal fears: a howling coyote that jars you awake; the painting on the wall that comes to life when stared at too long… the sway of your bed just before the earthquake hits. Chimera of the night.
-David Twohy, Pitch Black script, 1998