← From Beyond the Stars: Alien Vs. Prometheus
Cooper →

Willow inadvertedly casts the wrong spell on a troll, making it transform into a gargantuan, two-headed beast: the Eborsisk. This name is a portmanteau of ‘Ebert’ and ‘Siskel’, two famed film critics — towards whom George Lucas reserved mild contempt. The two of them would later claim that they “weren’t flattered” with the film; in a review Ebert gave Willow 2 stars and a half, but praised its advanced special effects.

The scripts for the film described the Eborsisk scantily: “an enormous two-headed monster that doesn’t like visitors”. This allowed the special effects crew of Industrial Light & Magic — headed by Phil Tippett — extensive creative liberties in designing the behemoth. The final creature, featuring massive horn-like protuberances on the snouts, vulture-like eyes, and manes of hair running down its necks, was designed and sculpted by Phil Tippett and Randy Dutra. It was based on discarded monster designs by Ralph McQuarrie for Star Wars Episode VI: Return of the Jedi. The signature trait of the Eborsisk is represented by its throat sacs, which the creature inflates with flammable gas to prepare its fire breath — so “you could believe it could actually create fire”, said Warwick Davis (Willow) in his commentary for the film. A flamethrower rig on set was used to simulate the monster’s breath weapon. 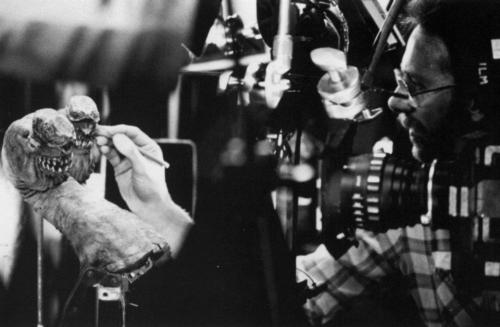 The Eborsisk was brought to the screen with the go-motion technique , developed by Industrial Light & Magic. Two  rod puppets were built: a small-scale model of the full creature and a single, larger and more detailed head for close-up shots. Particular effort was needed in making the small-scale model and the hero head indistinguishable from each other. The rod puppets were rigged up to a rod system and controlled by a computer. The animation process was overseen by Harry Walton and Tom St. Amand. 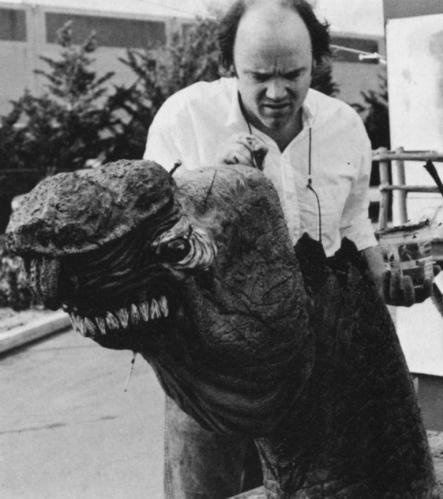 Tippett works on the hero head.

Nick Dudman Studios built a full-size head of the Eborsisk, on which Val Kilmer jumped while filming his fight scene with the monster. The enormous prop was mounted on a gimbal and was able to perform limited movements and flail about. For more elaborate shots of the battle, a Madmartigan go-motion puppet was used in coordination with the Eborsisk model. An optical explosion was used for the creature’s death, with a ‘corpse-version’ of the puppet with a stump in place of the exploded head.

For more pictures of the Monsters from Willow, visit the Monster Gallery.

← From Beyond the Stars: Alien Vs. Prometheus
Cooper →